In the world of digital font formats we have several different kinds of ways of describing outlines. Cubic bezier curves for PostScript fonts, quadratic curves for TrueType fonts. Each with their own peculiarities. FontParts is format-agnostic, so it should be able to store all PostScript and all TrueType points. The structure here is meant to be able to do all that.

A glyph can contain one or more contours. Depending on what you want to do, there are different ways of looking at the data of the contour, the points, the line segments. The RContour object is way to the outlines. 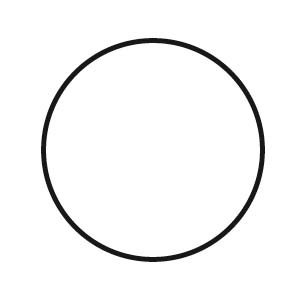 A description of the RContour object.

This circle consists of a couple of segments, each a piece of the contour. A contour is a sequence of segments, you can iterate through a contour to get segments. A contour also has methods for adding and deleting segments. 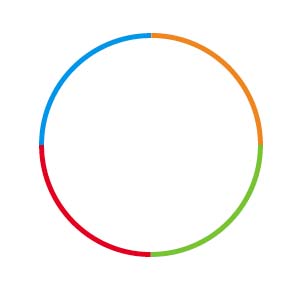 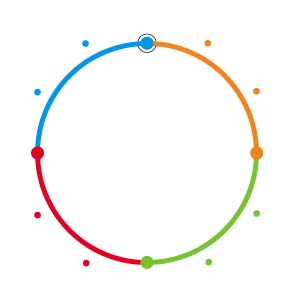 A description of the RSegment object.

Another way to look at a contour is as a sequence of on-curve and off-curve points. This is the approach taken by glyph.drawPoints() and PointPen. 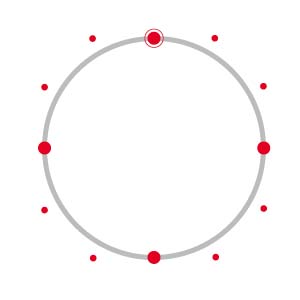 A description of the RPoint object.

This is another way to look at contours and its parts: bPoints behave very much like RoboFog points used to do. A point object has an incoming BCP, an on-curve (“anchor point” fog called it) and an outgoing BCP. This approach has been added for folks more at ease with the RoboFogA fork of Fontographer with a built-in Python interpreter. structure.

If the contour contains series of off-curve points, bPoints won’t help you. 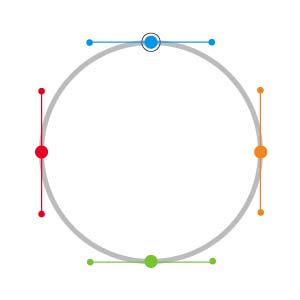 bPoints with incoming and outcoming BCPs

A description of the RBPoint object.

Adapted from the RoboFab documentation.