DrawBot is an environment for creating graphics programatically in macOS using Python. It is open-source and can be downloaded freely from drawbot.com.

DrawBot was originally developed by Just van RossumAn independent type designer, graphic designer, software developer and teacher. Original creator of FontTools and DrawBot. as an educational tool for teaching programming to designers, and has grown into a full-fledged platform for automating the creation of all kinds of graphic material.

DrawBot is a stand-alone application for macOS. The app includes a Python interpreter, and a development environment with a code editor and a programmable canvas. A pipA package installer for Python. It can be used to install packages from the Python Package Index (PyPI) and other indexes. package installer is also included. 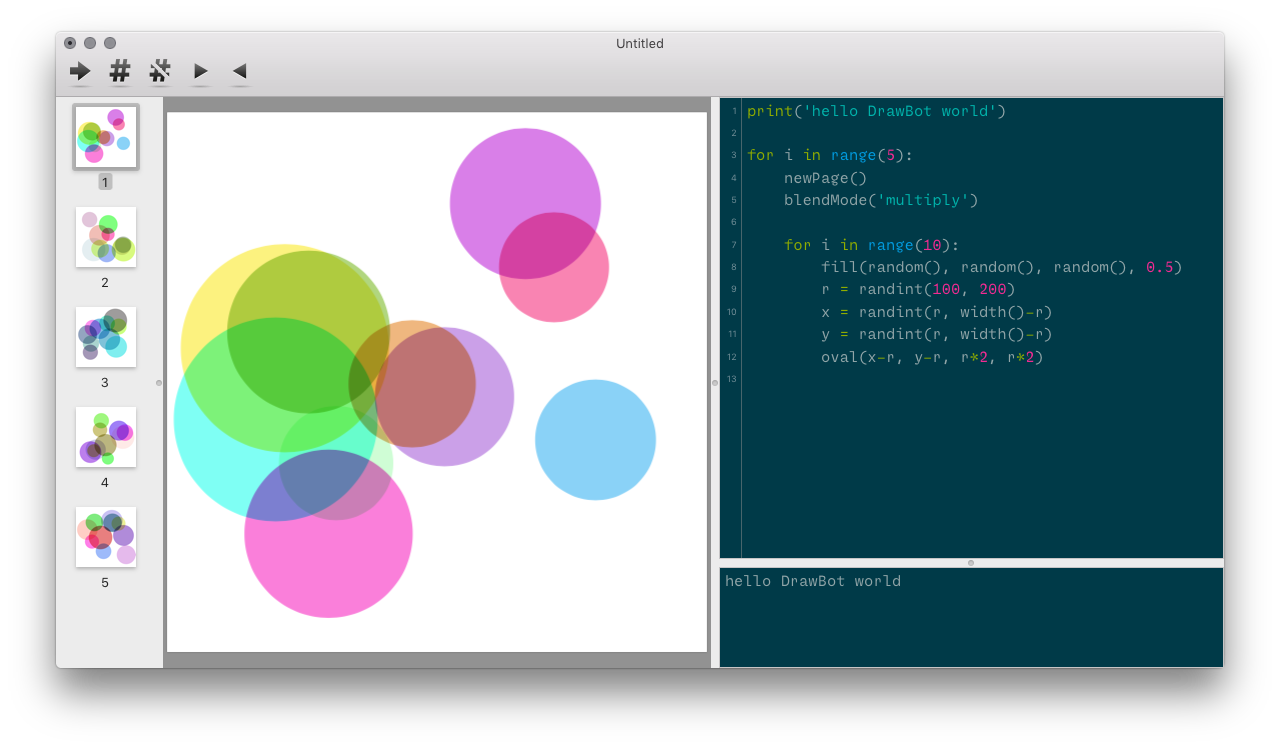 DrawBot can also be used as a Python module, without the UI. After installing the module, you can use import drawBot in your scripts and generate images with code.

DrawBot is available as a RoboFont extension too!

Because it runs inside RoboFont, this version of DrawBot has access to the entire RoboFont API, including fontParts.world objects such as CurrentFont, CurrentGlyph, AllFonts etc. It also provides a handy drawGlyph(glyph) function to easily draw a RGlyph objects into the DrawBot canvas.

DrawBot packages can be built using the Package Builder window included in DrawBot. Open a .drawbot file by double-clicking or dropping it on top of DrawBot.