RoboFont is built using what is known as the Observer Pattern, a distributed event-handling system which makes communication between objects very clean and clear.

In an application we have an interface, and we have objects: a font, or kerning, or something like that. The interface shows the user what’s inside the object.

This makes sense when we have a diagram with only two arrows. But when we start building more complex tools, we’ll quickly end up with something like this:

…and it becomes difficult to change the interface or the objects without breaking things, because each one knows about the internals of the other.

Communicating through a dispatcher

The Observer Pattern introduces a ‘dispatcher’ between the object and the interface. Objects can broadcast messages to the outside world. When the object changes, it communicates that to the dispatcher rather than talking to the interface directly. 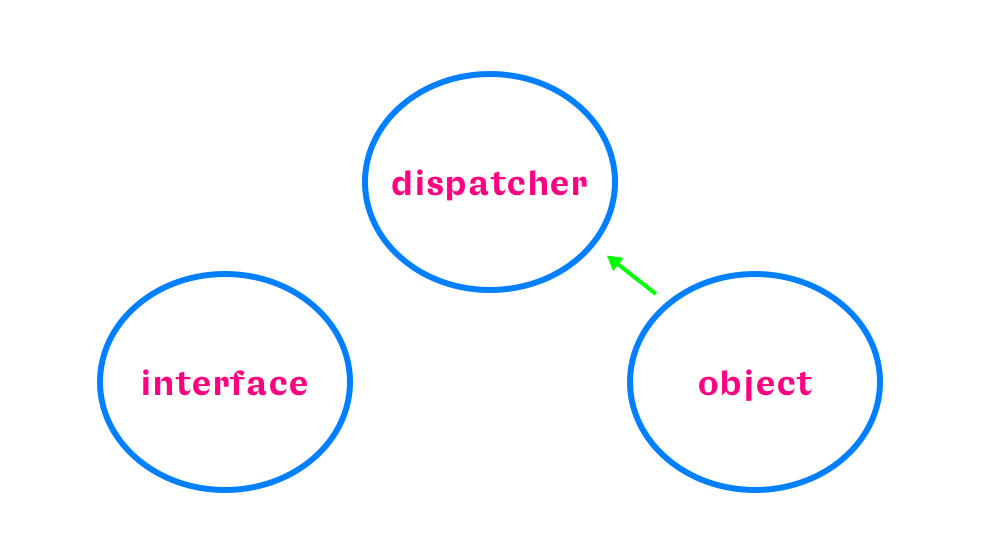 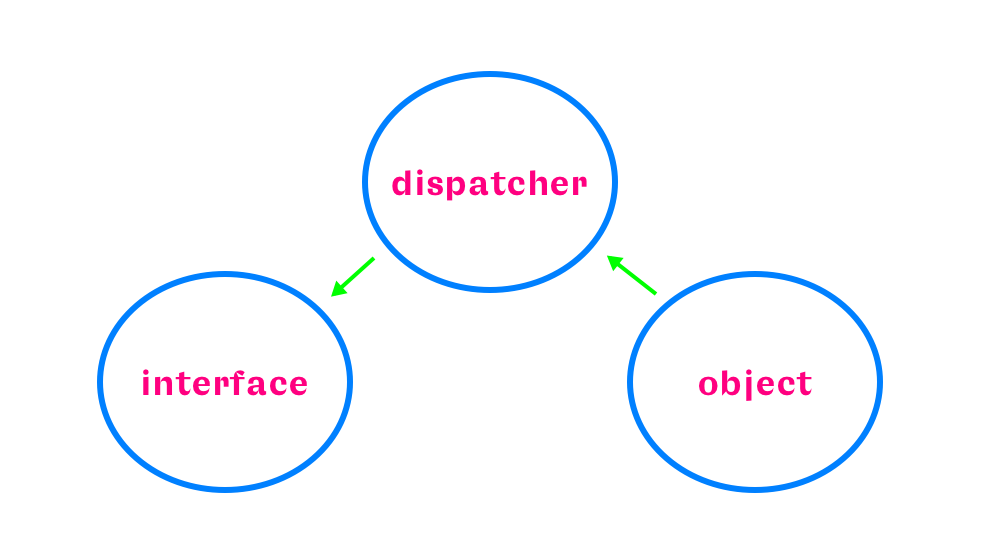 Another advantage is that it allows a one-to-many relationship: the dispatcher can communicate with different parts of the interface. Imagine an application with several views, all of them subscribed to the dispatcher – whenever the font changes, the views automatically know about it and update themselves. The object doesn’t need to know that there’s a window open, or about the settings of a particular view, etc. 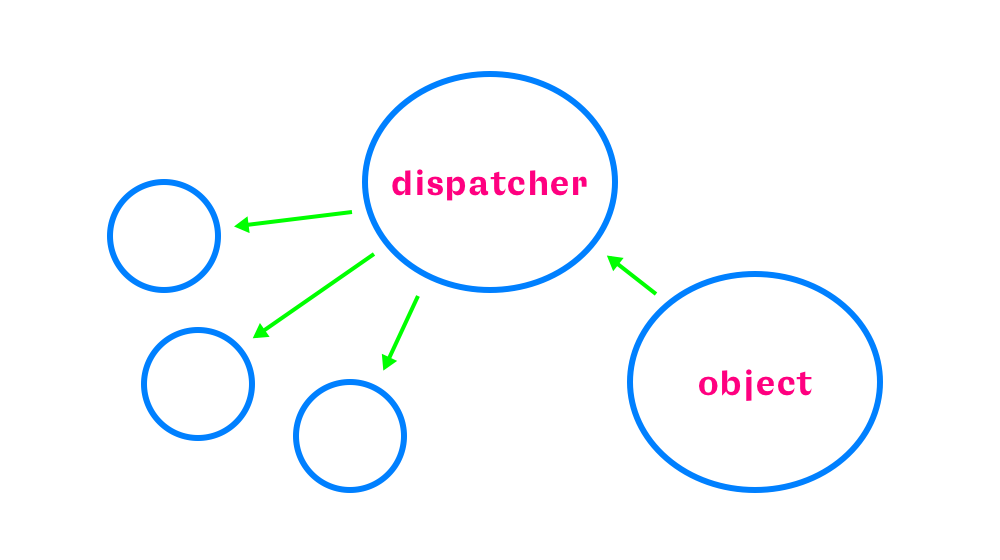 And most importantly: the developer is free to add and remove parts of the interface without breaking anything. 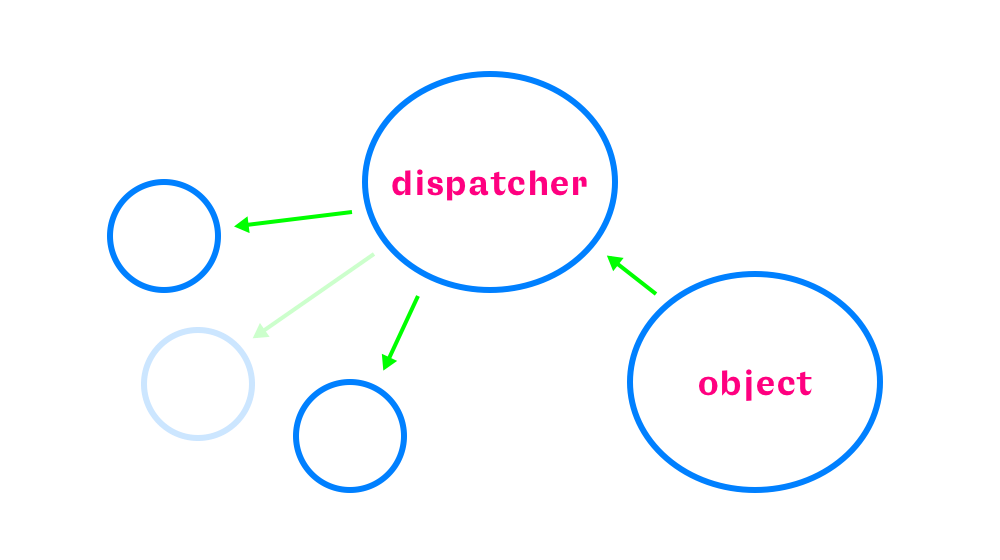