Code is written in the Scripting Window, where you can also run and browse through your scripts. 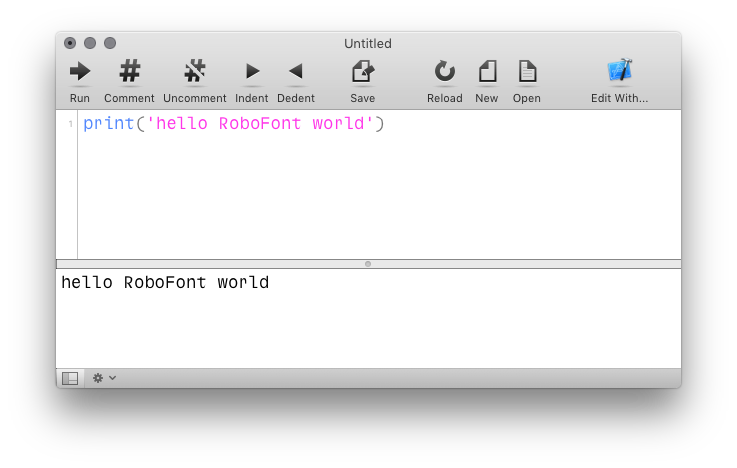 It is also possible to use external code editors to run scripts in RoboFont.

A separate Output Window is available to collect output from interactive tools. RoboFont comes with its own embedded Python interpreter, so you don’t need to install anything else to start scripting. RoboFont 4.1 comes with Python 3.7.4.

All modules from the Python Standard Library are also included.

RoboFont’s APIs are all open and documented. Users are encouraged to write Python scripts to automate and customize the application to suit their needs.

All FontParts world objects – CurrentFont, CurrentGlyph, AllFonts, etc. – are available out-of-the-box for use in your scripts. 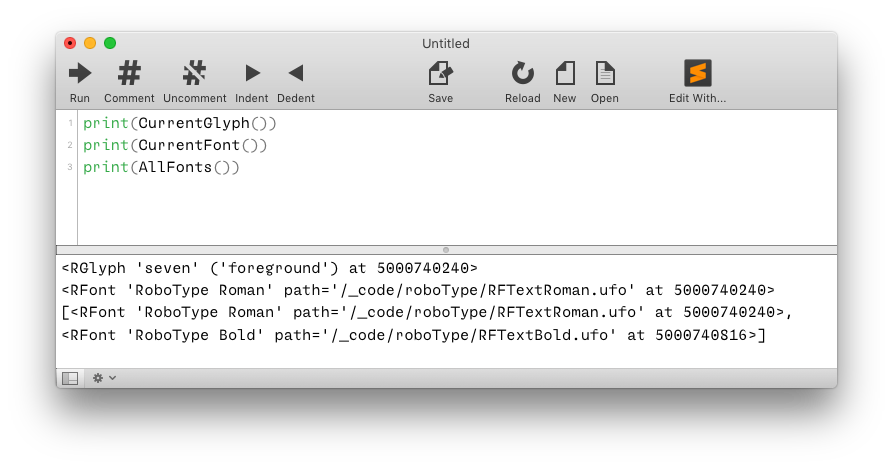 You can use vanilla to create interfaces, mojo to access RoboFont’s own objects, fontTools to edit font binaries, … and so much more. 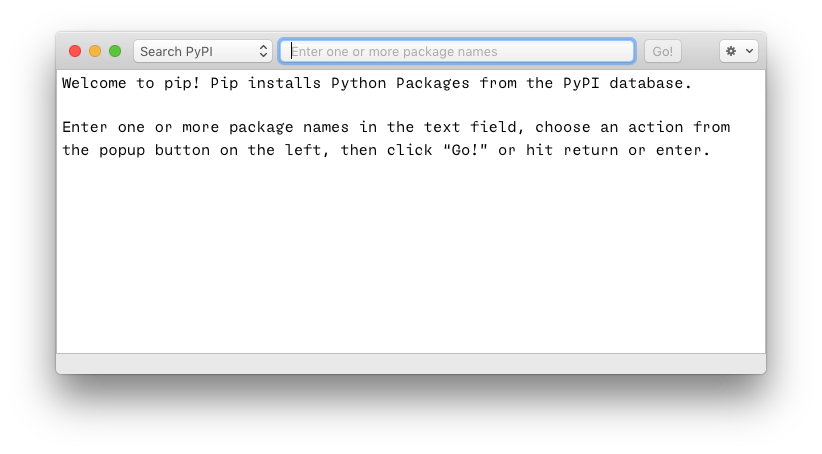 In addition to the Scripting environment where you can write and execute code, RoboFont also offers an extensions platform which makes it easy for developers to build and distribute extensions, and for users to install and update them.

Extension Builder
A dedicated window for building and editing extensions.
ExtensionBundle
A Python object that lets you build extensions with a script.
Mechanic 2
An extension to install and manage RoboFont extensions.