Components are part of the outline descriptions of a glyph. They are different from regular contours in that they are references to other glyphs in the font. 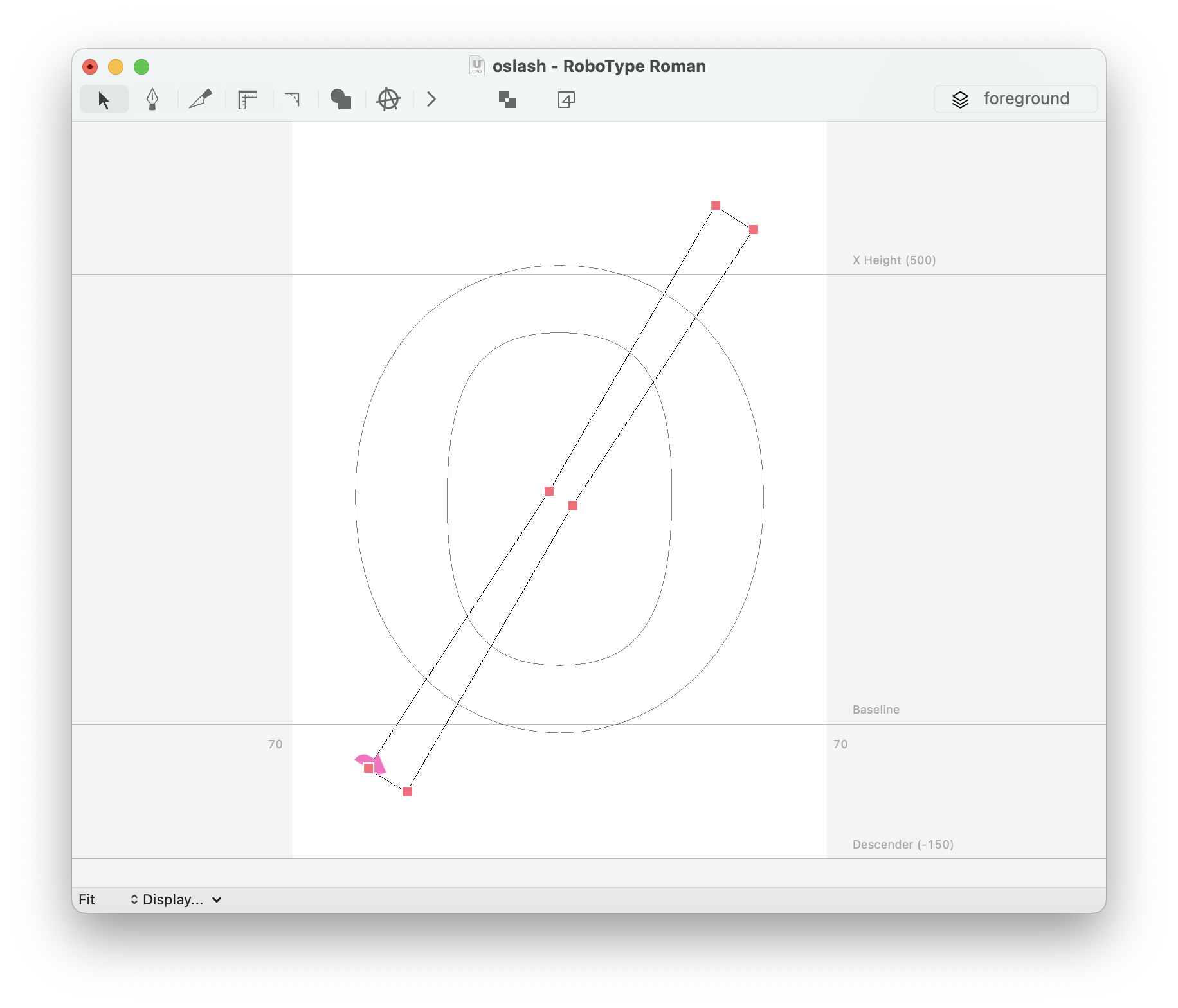 Components allow us to reuse glyph shapes without duplicating point data. The glyph which is referenced by a component is called the base glyph. When the base glyph is changed, all components which reference it are updated automatically.

Components can only reference glyphs within the same layer. The base glyph may contain components too, but they must not create a circular reference back to the parent glyph. Multiple levels of component references are allowed.

Components are particularly useful for Building accented glyphs with a script.

In RoboFont 1 / UFO 2, components in any layer refer to glyphs in the foreground layer. 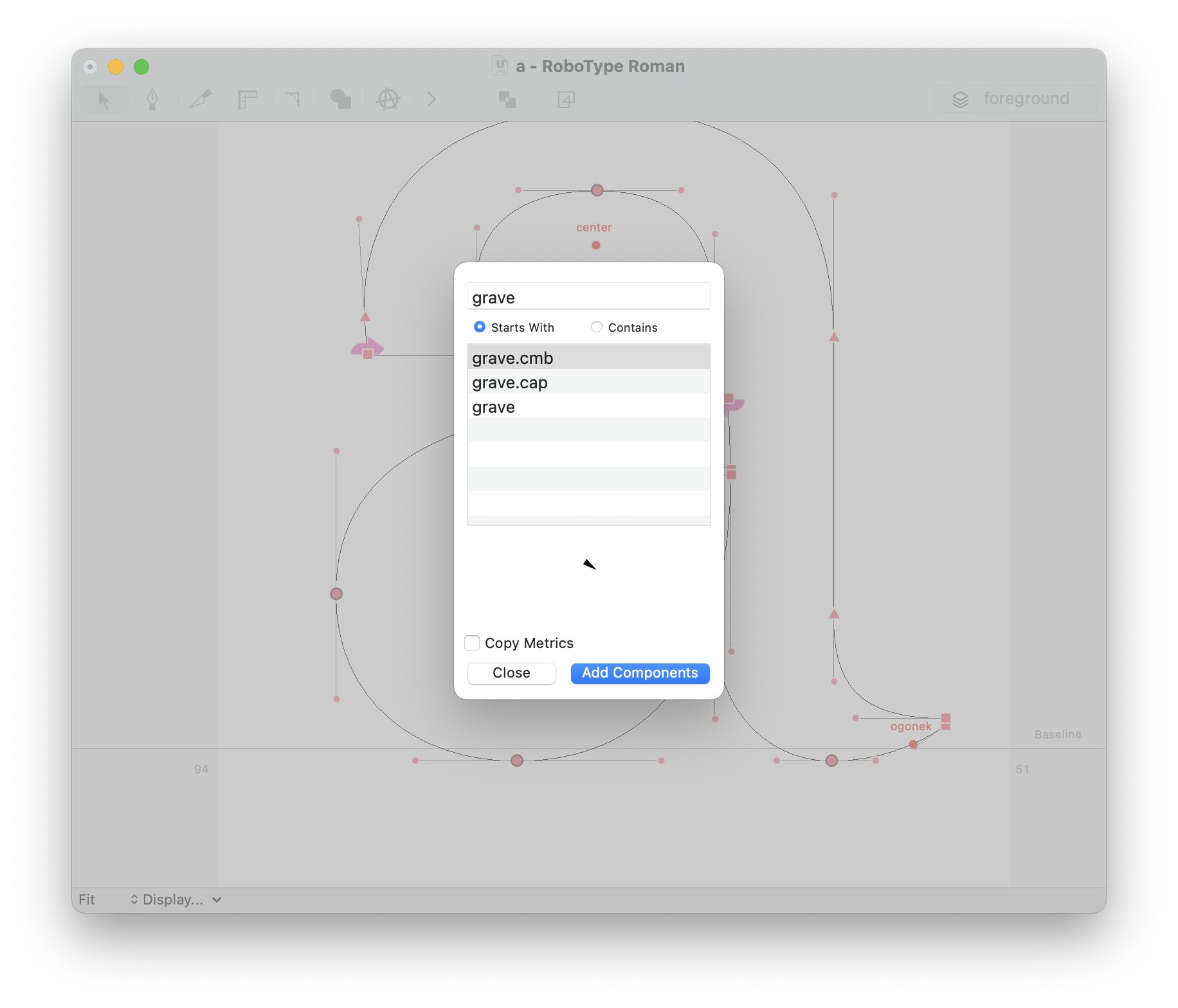 To remove one or more components, select them with the Editing Tool and hit the backspace key.

Component properties can be edited in the Components section of the Inspector. 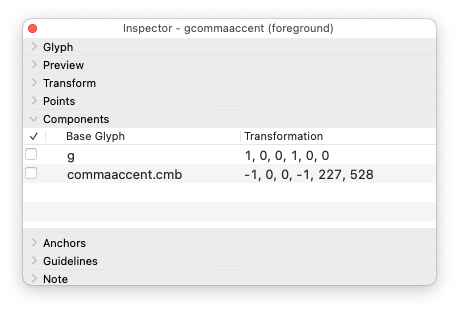 The Glyph Editor’s contextual menu includes a submenu with actions related to components.

To open the contextual menu, right-click in the Glyph View using the Editing Tool. 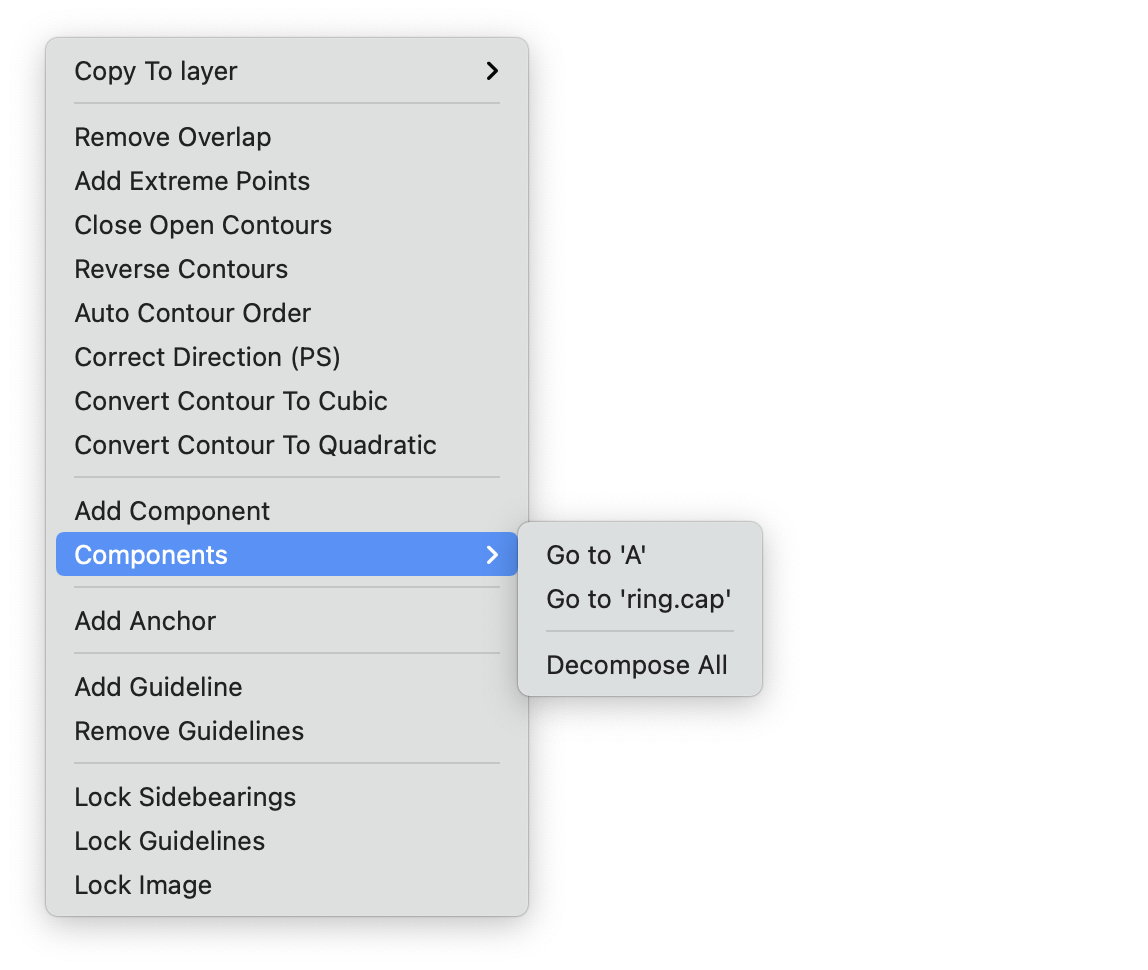 Components can be freely transformed (translated, scaled, rotated and skewed). 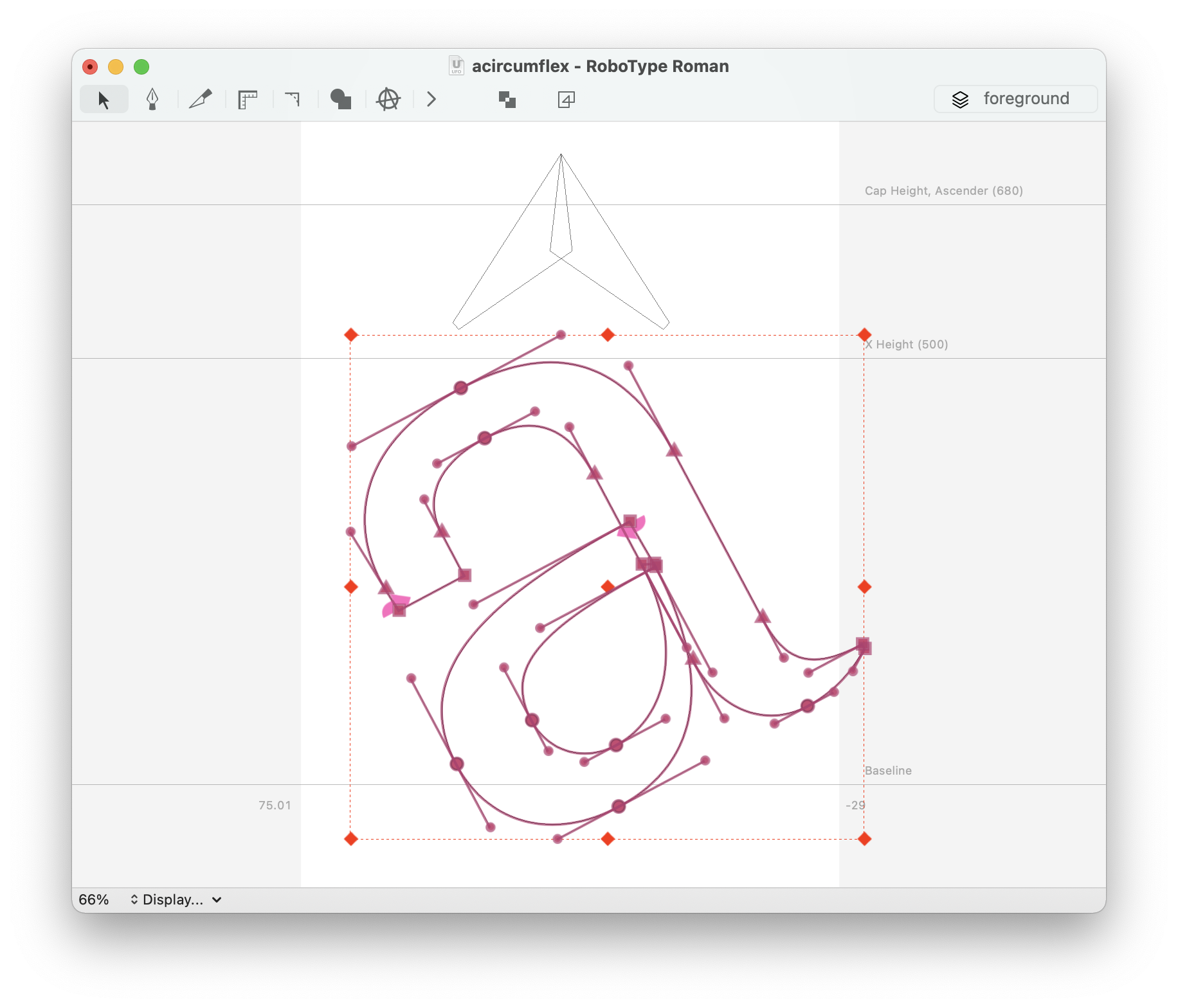 The transformation matrix of each component can also be edited using the Components Inspector.

To edit the base glyph of a component, use the contextual menu to jump to that glyph and edit it. These changes will reflect in all components of that glyph in the font. 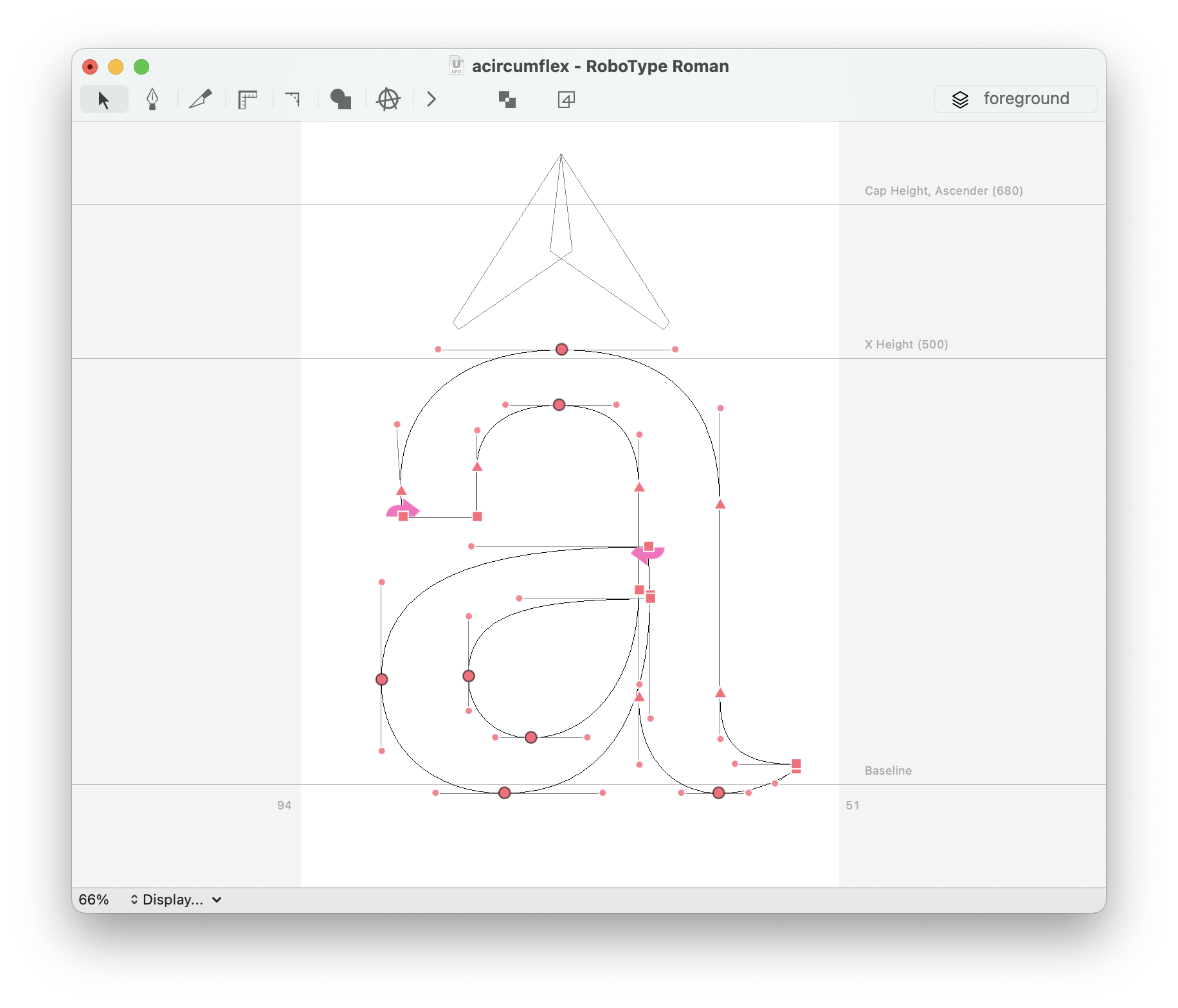 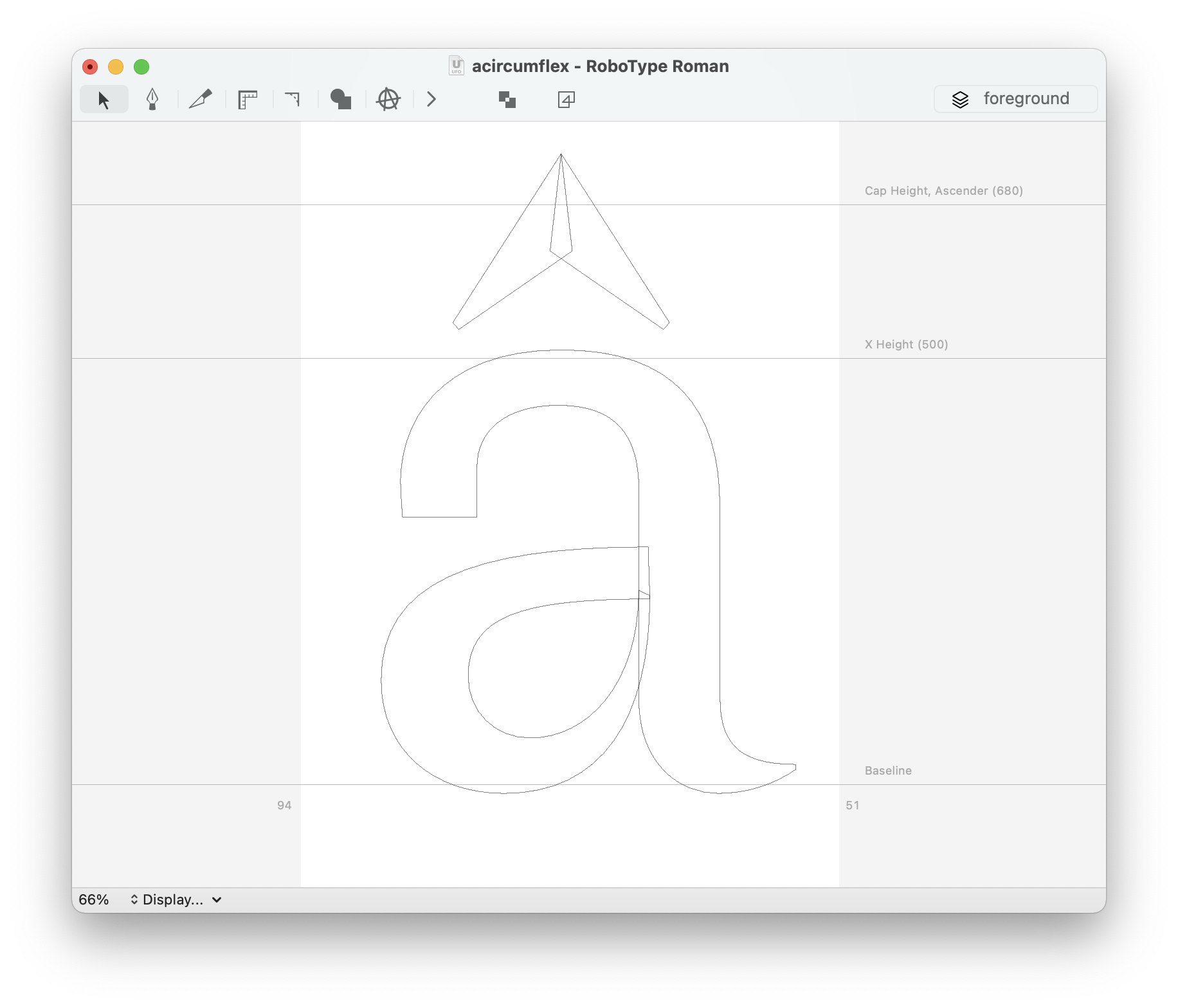 To decompose one or more selected components, open the contextual menu and choose Components > Decompose Selected, or use Decompose All to decompose all components.